What a day, or better said what a year! After four victories, it was time for the last Eredivisie race in Almere: the team relay! We had to swim 380 metres, bike 7 kilometres and run approximately 2 kilometres. Audrey took off the lead and started with 9 other ladies. After a good swim (2nd out of the water) she had a tough bike with a lot of wind. Afterwards, I (Sophie) could start, full of excitement and adrenalin I jumped into the wavy water. After a decent swim and an almost entirely solo bike around the water, I could accelerate during the run. We changed in 8th place with half a minute distance from the 7th place, in which Tessa made her debute in the Eredivisie but also for Ferro Mosae (welcome to the club!). She swam solid and ran in on the bike, with running she gave it her all and she changed in 9th place with Danne. Danne already overtook 2 teams during the swim, after which she had a very strong bike and run and we could finish with the entire team in a 7th spot. In order to win the competition, we had to finish 9th place, so we were champions! What a nice team mates and what a great club, what a good coach and awesome sponsor we have! 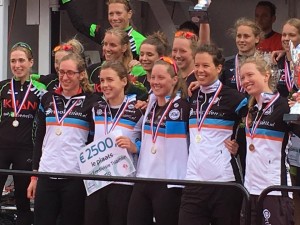 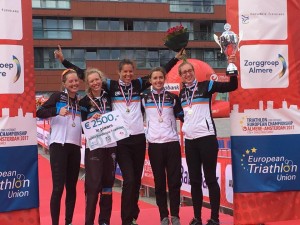 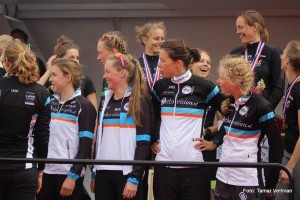 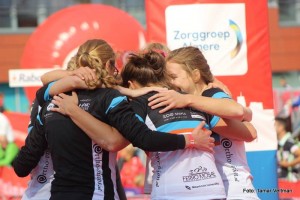 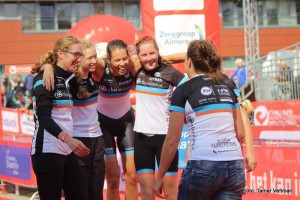 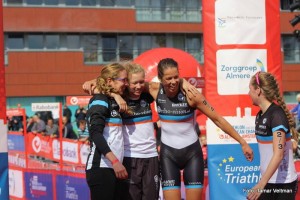 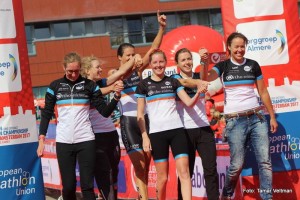 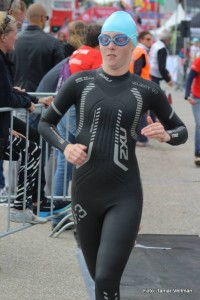 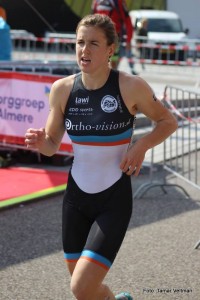 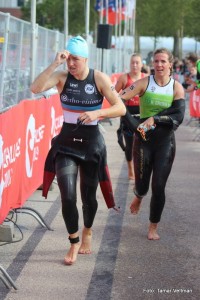 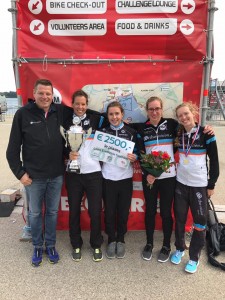 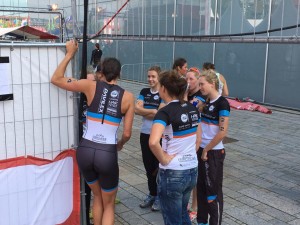