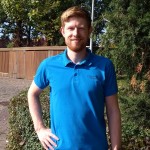 President: Andreas Bressler
Andreas is about to start his PhD in the field of cognitive neuroscience. He started doing triathlon in 2017. Last season he has gained experience in short distance races, while competing in the teamcompetitions. The coming season he would like to further specialise in those fast and intense races. As president of FM he strives to foster a social training environment which is motivating and accessible for athletes of all levels and nationalities. 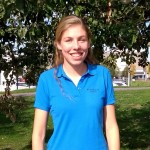 Secretary & Competition Secretary: Eva Vanbrabant
After her BA at Maastricht University College, Eva has started the Master of Health and Social Psychology this academic year. She became member of FM in 2016 and last year she has successfully completed her first half distance triathlon. The coming year she would like to participate again in the teamcompetitions, keeping up the FM team spirit! Next to that, she will focus on half distance races. 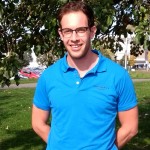 Treasurer: Remco Doodkorte
In March 2017 Remco has started his PhD at Maastricht University, at the department of orthopaedics. His research focuses on scoliose. In September 2017 he became member of FM and he has participated in the teamcompetitions. His main focus has been on the Sprint and Olympic Distance. This year he will focus on longer distances, with Bilzen 111 as his first goal. 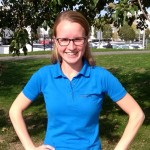 PR & Sponsoring: Jeanine de Bruin
Jeanine is in her third year of the BA European Studies, at Maastricht University. She has been member of FM since September 2017 and has focused mainly on Sprint races during the past year. Next to her study, she works as a bike messenger at Vleugels Fietskoeriers. She aims to gain more triathlon experience during the coming year and will remain her focus on short races. Her main goal during the coming board year is to maintain good contact with sponsors and relations.