While in Arnhem everything is awfully quiet today, we are looking back on a great day, the opening of the triathlon season 2017. For the very first time, Teamcompetities Triathlon organized a race where all divisions would start on the same day at the same place. For something as big a challenge as this, the day was very well-organized with a great atmosphere, great weather, a beautiful course and above all, fanatic triathletes ready to do the best they could!

Ferro Mosae started with all teams, which are 5 as of this year. The men’s 4th division team took off the rush in the early morning; Thomas, Niek, Gijs and Pieter started, had a nice steady race in which they finished 18th.

After the 4th division, the men’s 3rd division team could to their job. Bas, Roman, Edwin and Gaston started and with great team work. Fine swimming, better cycling but boy what a great running time, 1st in the division! It was worth a 9th place in the ranking which is a good starting point in the competition. 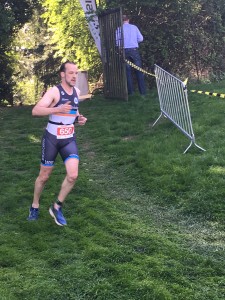 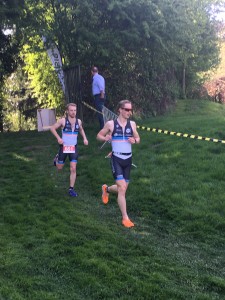 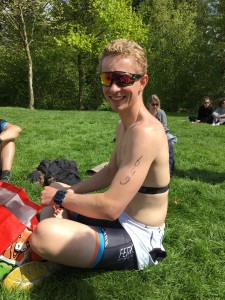 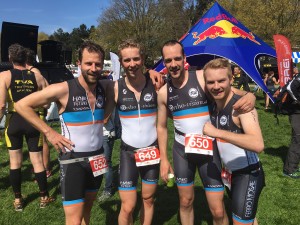 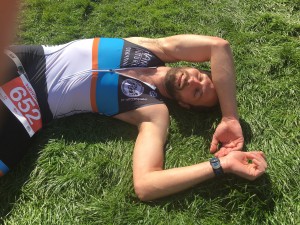 At 14.30h, the second ladies team made their debut in the 1st division. As last promoted with their 5th place in the overall 2nd division last year, the prognosis for the 1st division team this year would be competing for non-degradation. However, the ladies proved to be worthy of being in the 1st division, with a solid 9th place! (Note that if they would have still competed in the 2nd division, they would have won first place!) After a very creative swimming part in which Audrey and Esmee pushed Ilse through the 19 lanes with Sophie in front, they managed to get the 5th swimming time. During the quite hilly course Esmee gave her all and the rest of the team could really push their way through the running part. A great race with a lot of potential for the rest of the season! 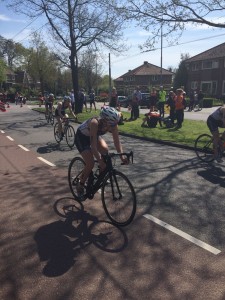 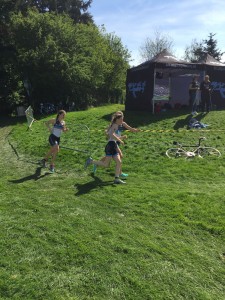 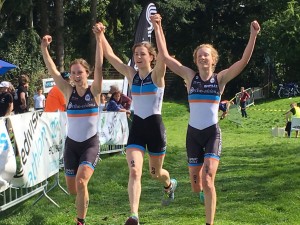 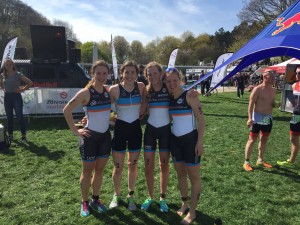 Also the first male team is new in the 1st division after a dominant promotion of last year. Partly new team, but stronger than ever, Lex, Sven, Loïc and Roberto fought their way through the tough course, and their race was a great example of team work. With Lex knowing his strengths and ‘weaknesses’, at the running he told the guys “now it’s your job to finish it”! And they did with an overall 3th running time and a 5th place in the ranking! Congratulations guys and keep improving! 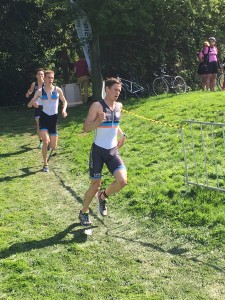 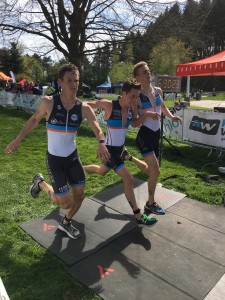 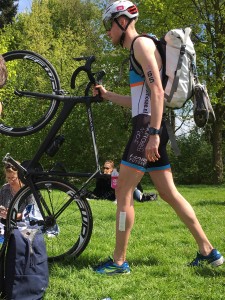 Last best, and the team we are probably the most proud of, is our honours division ladies team. The dream team consisting of Sarissa, Rani, Maya and Danne started their season just like they did last year. I cannot keep a secret that they very, very dominantly fought their way to the 1st place. With a first place on all three parts, and finishing as one of the few with the complete team, they revealed a tiny bit of what’s up for this season. A true spectacle to watch. Congratulations ladies, you did extremely well! 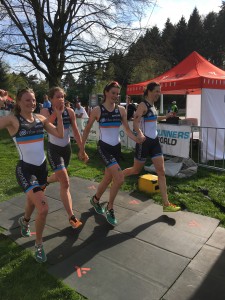 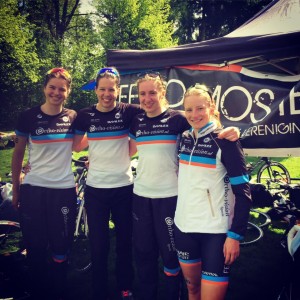 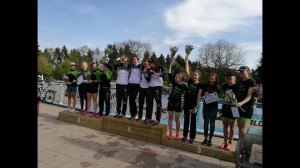